in urban logistics and warehousing. 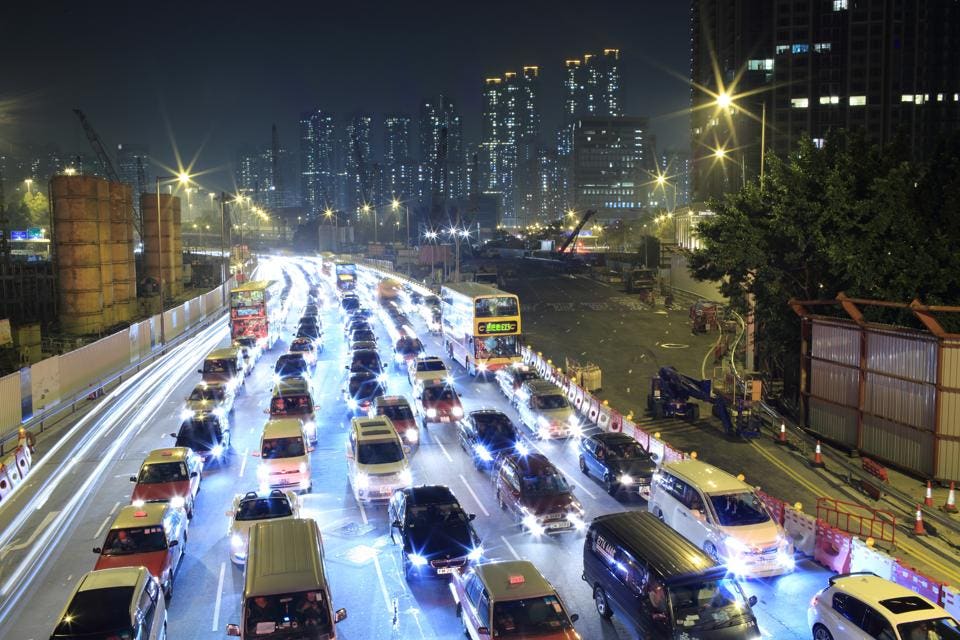 At first glance, Dhaka may seem like an odd place for grocery delivery: Traffic is chaotic. Maps are inaccurate. And it’s the largest urban area in the world without highways. Many homes don’t have street addresses. Huge swaths of the city are regularly cut off by monsoon flooding. Tech infrastructure is lacking too, as mobile data coverage and payment networks are unreliable.

Yet in many ways, those challenges are what made Dhaka the perfect place for grocery delivery, as opposed to the traditional supermarket, to become the standard. Here’s how we did it — and some lessons for other entrepreneurs who may be dealing with logistical challenges in similar economies.

When I started Chaldal in 2015, there were daunting challenges at every point in the model: delivery to homes without addresses, terrible traffic, lack of storage houses and more. It is easy to see why traditional grocery store models cannot scale up in this environment: low margins, unpredictable demands and high perishability force retailers to maintain robust supply chains, which means maintaining enormous warehouses and fulfillment centers, staffed by hundreds, and served by networks of transport trucks. None of that is possible in Dhaka, the most densely populated city in the world, where real estate is more expensive than Manhattan and far less available.

We studied the established delivery models and realized that even with high-quality existing infrastructure and abundant financial resources, Amazon found it difficult to deliver quality groceries to its U.S. customers. In Dhaka, we knew something completely different was needed, so we built a model that addresses those challenges and enables us to deliver groceries quickly — in one hour or less — and affordably.

One key to our success was pairing grocery delivery with our ride-sharing service, allowing our delivery drivers (who work primarily on mopeds and scooters) to double as pick-up drivers. With artificial intelligence driving route-planning and dispatch, this is both efficient and affordable. That’s one reason I believe you’ll continue to see grocery retailers integrate with ride-sharing and third-party logistics providers. While traffic in a location like Dhaka can be thought of as a hindrance, it is a measure of the amount of activity in an area, and almost always an opportunity waiting to be exploited.

How To Plan Today For Tomorrow’s AI-Powered Cars

Welcome From Forbes To A Special Exploration Of AI Issue 2

But the more important change we made is what we call micro-warehouses. Traditional warehouses wouldn’t work, so we built micro-warehouses in already-existing apartment buildings, laid out vertically across several floors. Each one holds around three to four days’ worth of stock and uses about 10 rooms. Nine such warehouses are located strategically around Dhaka so that most of the city is covered by one-hour grocery delivery. This model is also taking hold in other densely populated cities in Asia, such as Big Basket in Bangalore (whose warehouses we visited and were initially inspired by) and Alibaba’s Hema in Beijing.

By choosing to solve the hardest problem from the start — delivering fresh groceries — we have now built a system that is capable of delivering regular e-commerce products such as books very efficiently. However, the reverse, starting from books and going to groceries, would have never worked without a ground-up rebuild.

We’re working on extending this concept to even more compressed warehouses or “nano-warehouses” with the help of robotics and 3D algorithms.

How To Reverse-Engineer Delivery In Emerging-Market Cities

Setting up a similar operation in any city will work equally well. With this model, the greater the city’s density, the lower the operational cost. The infrastructure needed to build this service can be built piecemeal as the service scales up, like so:

• The only requirement to start would be an app, a catalog, a delivery vehicle and a strong engineer who can respond to scaling challenges.

• In the early stages of the service, it would be far less capital-intensive to fulfill orders as they come in directly from local grocery stores, without running any warehouses.

• One-hour deliveries may not be possible in an entire city on day one, as that would significantly increase logistical costs; however, a good workaround is to group your location into delivery zones that are served less frequently, such as every four hours.

• As the order volume scales up, frequently ordered products can be stocked up in a warehouse similar to those we built in Dhaka, eventually enabling shorter delivery times.

The rest of the infrastructure — including, someday, robotics, nano-warehouses, ride-sharing networks and machine learning — can be added as the business scales. In fact, with more automation and hyper-optimization of space, I believe a Walmart-like operation can be run using a network of one-room nano-warehouses spread across the city.

The Future Of Logistics

These concepts aren’t just for grocery delivery. They represent an alternative solution to creating large, time-consuming infrastructure. Development of up-to-date maps, payment systems and logistics networks is by no means cheap but is essential to serve customers in countries suffering from insufficient infrastructure. The addition of automation technology and advanced robotics will, in my opinion, pave the way for the path-breaking paradigms that are going to follow.

While the challenges of trying to serve these complex markets may seem overwhelming, countries such as Bangladesh, Vietnam and Indonesia are some of the fastest-growing economies of the world, with anywhere from 5% to over 7% yearly GDP growth. Investment in their infrastructure has huge potential for future payoffs, and the innovations that come with it have the potential to revolutionize businesses everywhere, including developed markets.